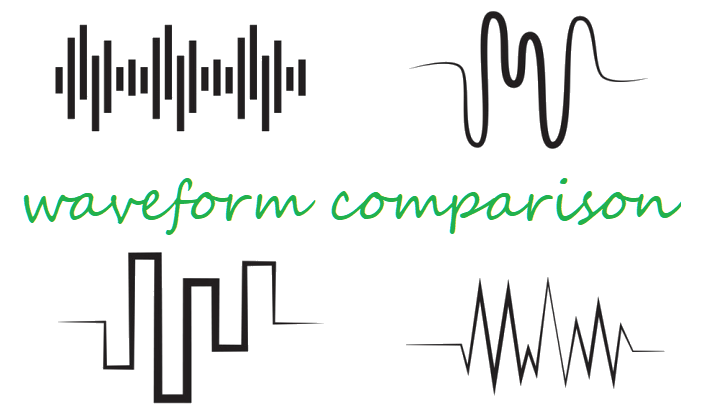 Time for another surround comparison! The first was the simplest – I took spoken channel names, prepared a four-channel track, encoded it and decoded with several different decoders. Results were almost all good, also because each channel has isolated sounds, so life was easy for the decoders…

With this comparison, instead, I decided to use already encoded Dolby Surround content – and what’s better than, guess what? Right, “The Thing”… “wait a minute, wait a minute man!”, why again this movie?!? Well, because I spent quite some time disentangling the thing, it was already studied, so I focused my efforts on it; next (eventual) surround comparison will involve another movie! (I promise, cross my heart!!!)

In particular this specific part was chosen because there are a lot of sounds that could introduce phasing effects (chooper, wind) and the last part is missing in the 4.1 surround channel while present in the Dolby Surround track when decoded.

As you can see, the left right and center channels waveforms are “nibbled” on the top; I’m pretty sure this is due to some problems during the conversion or LFE extraction; here LFE and surround channels don’t exhibit the problem though; still, the surround channel seems to be silenced in the last part, as you can see on the following tracks.

This is the closest representation of how the original Dolby Surround encoded track could sound in the theaters, as it was decoded using the same analog professional Dolby Pro Logic decoder the studios used to check the proper encoding process in real time; as you can see the waveforms are very similar, except for the surround channel where the last part is “alive” in comparison to the Shout BD

This used again a professional Dolby Pro Logic hardware decoder, but this time a digital version; result is very close to its analog predecessor.

Another professional digital Dolby hardware decoder, but this time using Pro Logic II; very similar to the two previous ones, apart the slight difference in the surround channels – this decoding method tries to take the mono surround and split it in two different channels following cues found on left and right channels.

This is the first non-Dolby professional digital hardware decoder; as you can see the surround channels are much more different each other on the last part; the job is better done than the Dolby Pro Logic II decoder – taking in account that both are not sounding like the original intended one, though!

Another non-Dolby professional digital hardware decoder; again the surround channels are different each other on the last part, while on the first part they are more similar to the Dolby Pro Logic ones than the previous decoder; this is also the only one that produce an LFE channel.

First software decoder could not be anything but the Dolby Pro Logic II; very similar waveforms to the digital counterpart.

FreeSurround behave like the non-Dolby hardware decoder; it splits the surround in two channels; according to the waveform, it seems that it made a good job.

Added just for kidding; as you can see, it spreads content between several channels, so what should be for example in the right front is also on the right surround at the same level and vice versa, and so on… utterly useless.

This is my personal decoding recipe; waveforms are very similar to Dolby Pro Logic decoders.

This is the alleged “original” 4-track master (adding an extracted LFE channel); can’t say for sure if it’s true or not, but according to the wavefrom is very similar to both Shout “created from 70mm 6-track” and the official Dolby Surround track decoded by an official decoder!!!

NOTE: many receivers as well as software players does not play 4.0/4.1 FLAC files properly; that’s why I made also a 5.1 version for them, where the surround is duplicated and lowered 3dB each; I used the latter versions for sound comparisons.

So, how they sound? I took in account the overall quality listened with a surround setup and with the headphone through Audacity (it does sound as surround when all channels are played) and foobar2000 (where the sound is downmixed to stereo); I also examined on headphones the phasing, the separation of each channel, and eventual artifacts like pumping introduced by the decoder itself; I paid attention in particular to the following sounds/dialogues:

Let’s start saying that none sound bad, except foobar2000 upmix; they sound mostly right – with the sole exception, as written before, of the foobar2000 upmix plugin, where the channels are all mixed up so they play at the same time, so not only they are placed in the wrong channels (noticeable of course with the surround setup) but also levels are wrongly raised up thanks to that fact; no reason to continue to listen to it. The “original” version is the one that sounds best, with the Shout 4.1 close second as expected; about the decoded versions, I prefer the analog hardware decoder – even if it has some small artefacts here and there, it sounds… dunno, “right”?

Helicopter and wind: all decoded versions sound “phasey” (some more some less); the analog hardware decoder is the best (read: less worst), while FreeSurround is the worst (read: the worst) and mine is more or less the same!

Wind two whistles: on all decoded versions I can’t hear the first wind whistle at 26s, while on the “original” and Shout 4.1 I can hear it (barely)

Again, can’t say the “original” is, well, the “real deal” or not; what I can say is that it sounds good, better than the Shout 4.1; its LFE seems “right”, following the music, while Shout contains the music too, but also the helicopter sound, frequency limited of course… the second non-Dolby hardware decoder LFE channel (the only one that has it) is similar to the “original”. Also, the latter has info in the surround channel – containing music found on both “I was shot today” and “Oui, Bwana” pieces, while Shout simply lowered the signal under the noise floor… don’t you believe me? Well, open it in Audacity (or in your preferred audio editor) and increase the surround level +50dB; you can hear both dialogues faintly, and Superstition music quite well…

“I was shot today” dialogue was supposed to be heard mainly in the center channel, and at reduced level in the right channel, while “Oui, Bwana” only in the center channel. In all decoded versions, both dialogues are also heard in the left and right channels, at different levels according to each decoder; they are present in the surround channel(s) too, but on first non-Dolby hardware decoder is very faint, while the second non-Dolby one tried to cancel the “Oui, Bwana” with very bad results.

Already talked about phasing in all decoded versions in the stereo downmix, of course confirmed also in single channels; the hardware decoded are less than good, and the FreeSurround still the worst, with my version a little bit better, but not by much; the former make a good separation of “Oui, Bwana” dialogue from the music on the left channel – the only one that did it; it’s a pity that the dialogue was not supposed to be there, though! But it also manages to have the worst phasing in the surround trying to cancel it…

Even if my suspects remains on the “created” Shout 4.1 track, it’s still the best track available today; if the “original” would one day be available, I reserve the right to review it thoroughly from start to end before giving my judgment, but, if it’s like this small clip, I’d go with that.

About decoded ones: even if none is perfect (as expected from an intrinsic imperfect technique like the matrixed surround) I’d exclude the foobar2000 upmix – completely useless; about the others, even if heard on surround setup they all sound more or less right, I’d absolutely avoid the FreeSurround as it’s extremely “phasey” when downmixed to stereo; the others are not great when downmixed, but still much better than it; I like the analog hardware decoder for its overall musical result; I like also the first non-Dolby hardware decoder for the good surround channels, while the second non-Dolby one is the only one that adds an LFE channel.

To whom would like to listen to these files, they are all here: https://mega.nz/folder/rlVXwIqB#wuABJGGjyCgTk50umW6qlQ – I also included the LtRt original file, so you can test it with any decoder you want, hardware and software! (would be nice if you want to send me the files; they will be shared here)

Started to use Vimeo…

Ultra HD or not Ultra HD, this is the problem…